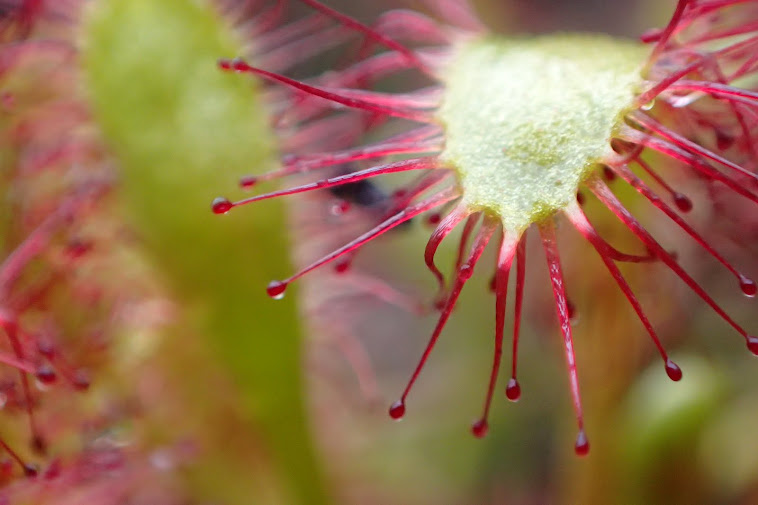 where in the world...

After a great couple of trips to the Falklands, South Georgia, and Antarctica, I couldn't just leave straight away... I've really come to enjoy Ushuaia and the whole environment of Tierra del Fuego... craggy mountains, peat boggy lowlands, wind-sculpted trees, and some very interesting history.  A couple years ago I read an excellent book called The Uttermost Part of the Earth, by Lucas Bridges, son of the man who was essentially the first lasting European settler to the region.  The book is his memoir of life in the region-- he became a pretty impressive man himself, not to mention his father-- which covers the beginnings of white settlement here, which is also a chronicle of the end of days for the region's original inhabitants-- several different groups of indigenous peoples.  The first European settlers were missionaries but instead of thrusting a Christian god onto the heathens come what may, it was more of a working and supportive friendship that came from the Bridges family.  I highly recommend it, as a highly readable history of this region, of a portrait of indigenous peoples, of the good and bad that can come from the mixing of cultures, and if none of that is intriguing enough, then it is also simply an entertaining adventure story, really.  Well written, dry humor, just excellent.  After reading the book, I discovered that there is a hiking route that follows an historic road created by the family at the turn of the 20th century to transport their livestock from the Beagle Channel side of Tierra del Fuego to the Atlantic, which then became the main commercial and communication route for the growing settlement of Ushuaia for 30 years before the current highway route was surveyed and built.  I was enchanted with the idea of getting to walk in the steps of history and experience a bit of the history I read in Bridges' book.  The route has been there ever since it was created but of course is being taken back by nature... eaten by the peat, as a friend says... plus destroyed due to changing river courses, the impacts of those landscape engineers-- beavers (introduced here to be hunted as a source of income and they sure have done well for themselves especially as they're not being hunted anymore!), and of course cattle, damn bovines.  So it wasn't exactly pristine nature I was in all of the time, but it sure was beautiful to be out on my own for three days, finding my way through the obstacle course that are river valleys in this region.  Super glad I had a GPS and the track on there to follow, otherwise it would have been more of a slog finding my way... it was hard enough even knowing where I should be going!  And so, I bring you the Lucas Bridges Trail, or Senda del Ona.  The Ona, or Selknam, were one of the original inhabitants of the area, mountain people, and they used part of this route for their hunting grounds and moving from one valley to another, as I understand it.  I did see guanaco as I crossed the pass (the resident camelid species, related to llamas and alpaca but they are at higher altitudes and latitudes) which was cool-- a nod to the persistence of at least some of the area's original members. 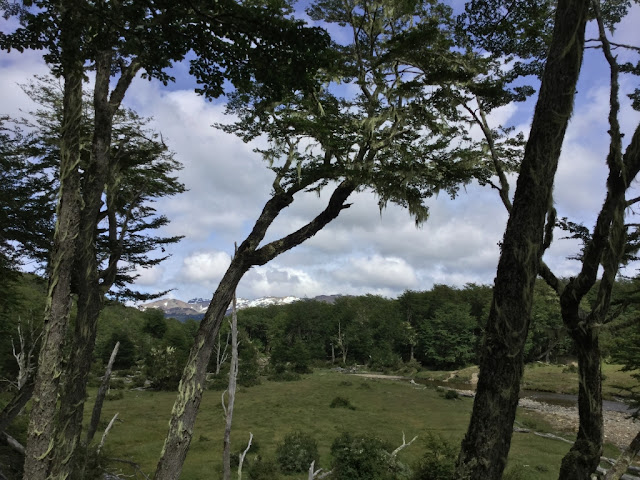 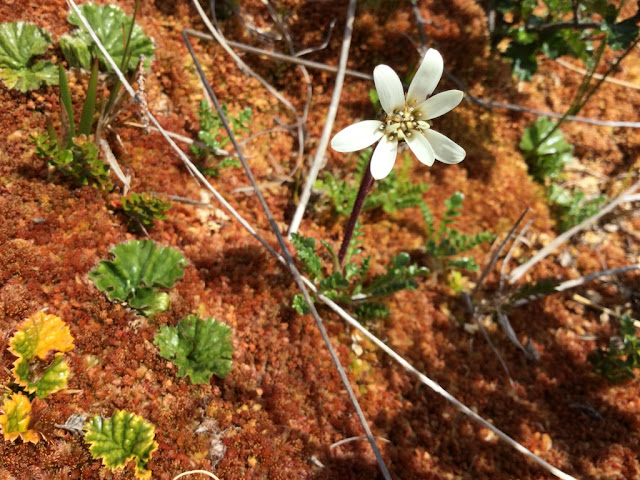 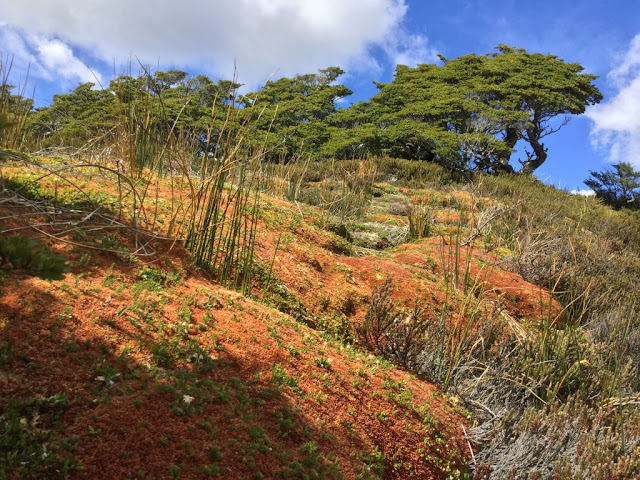 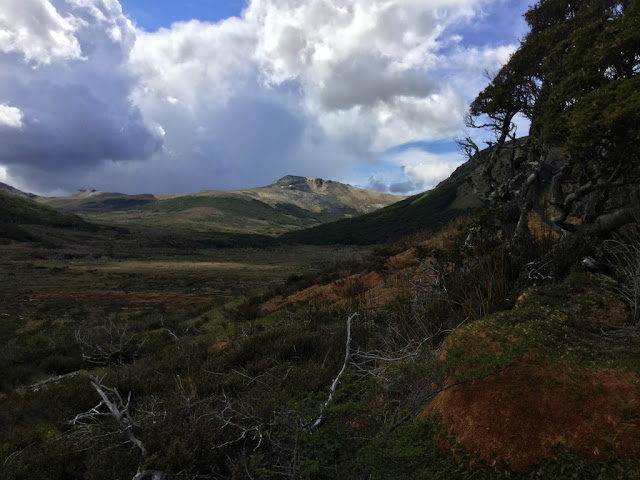 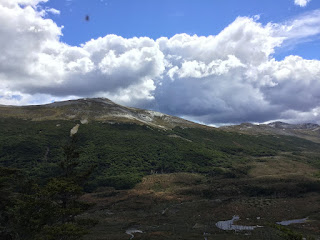 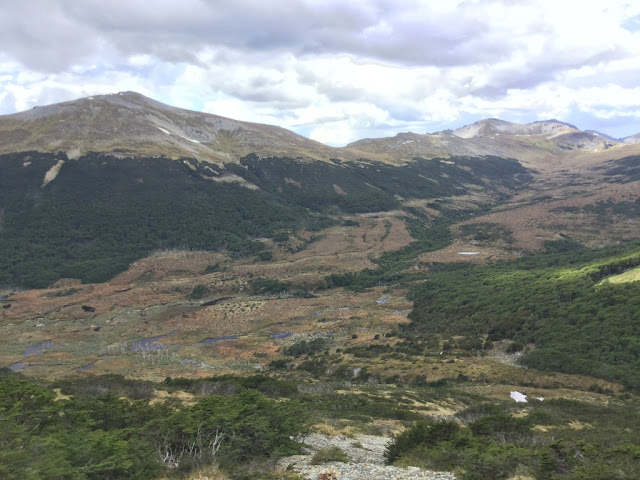 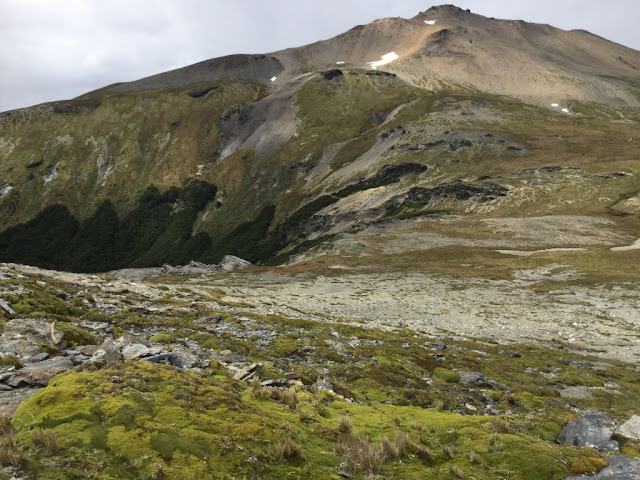 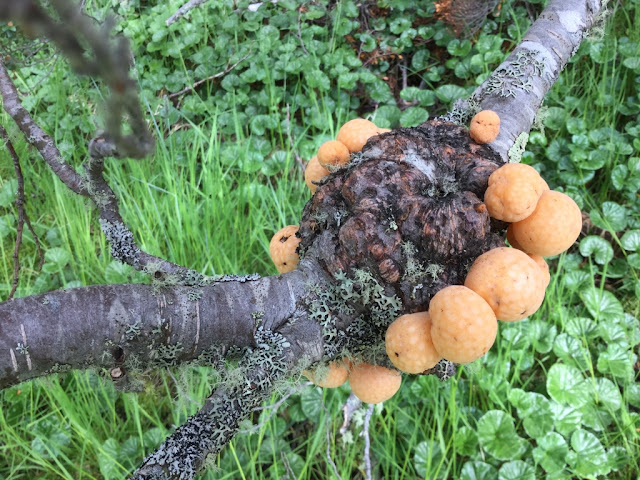 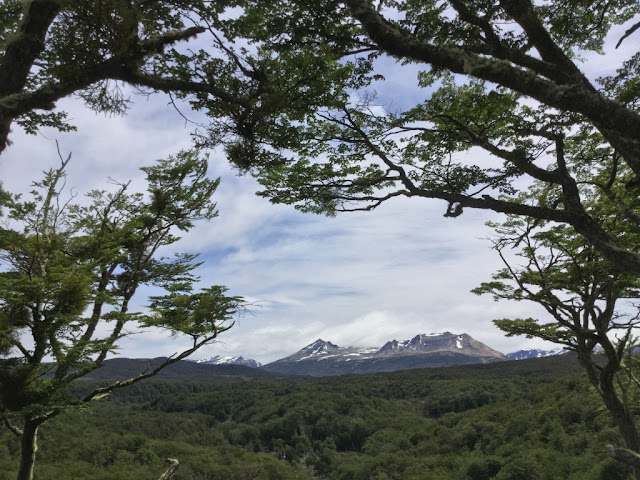 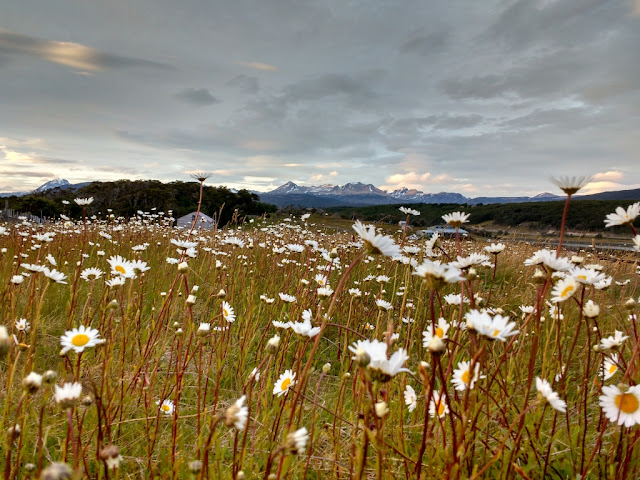 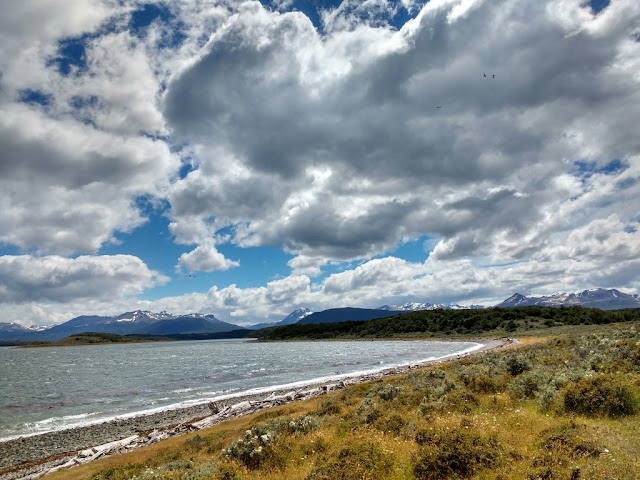 After getting back to Ushuaia, I still wanted to do more hiking in the area, and there are a couple you can do directly from town which was convenient and fun to just start walking up into the "backyard" so to speak.  Quite the backyard... the Cerro del Medio hike just kept going up and up and up... legs were more tired after this walk than after the three day backpack!  Awesome to cover the same altitude gain in one hike that I did over the three days too... saw the same and more alpine plants, was awesome. 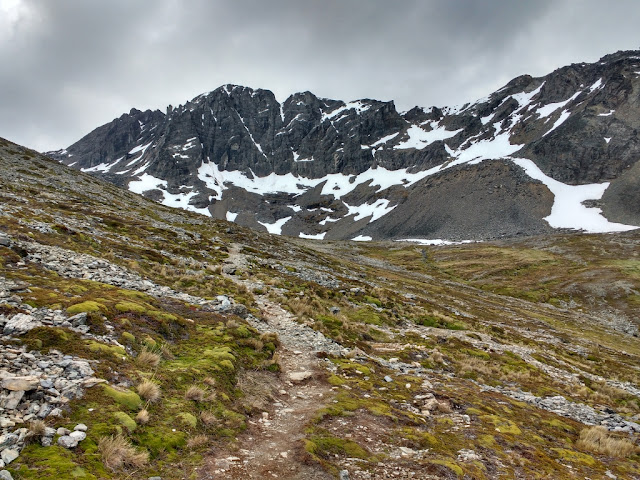 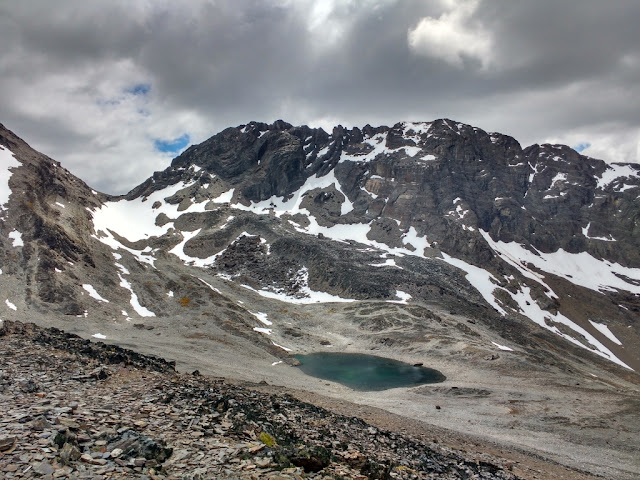 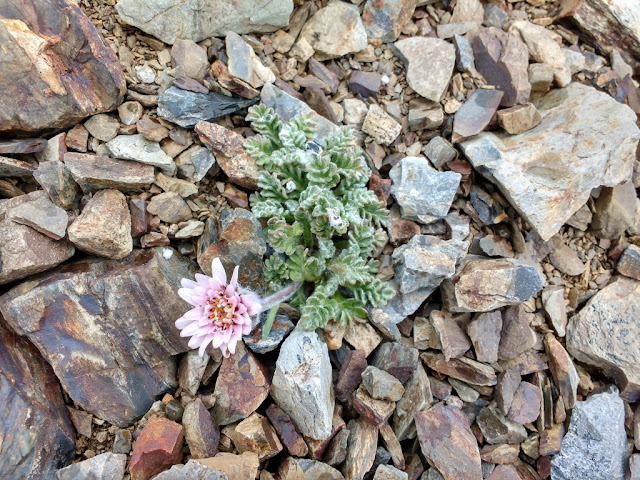 Photo diary from my early USAP days (read the captions!)